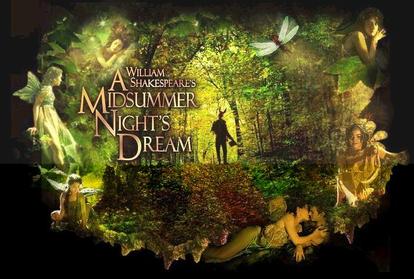 Our Shakespeare Project focused around the incredible pieces of literature that were produced by the one and only William Shakespeare. I have always loved the plays that he wrote, finding them not only funny and entertaining to read but very educational. During this project, we learned about Romeo and Juliet, and dove deeper into the world of A Midsummer Nights Dream. We read the play, we studied the characters, and we learned about the language and writing styles that he used. The ultimate goal of the project was to produce a play. We performed A Midsummer Nights Dream and I was one of the two stage managers. I was in charge of making sure that everything got done, and doing what ever needed to be done before the show. The show went great, and I am very proud of how everything turned out at the end.

I connected to this project in a lot of ways. I really enjoy writing, and I really enjoy literature. So throughout the project I was learning as much as I could about Shakespeare’s writing styles and apply them to my own writing. Also, I want to be a film director. So during this project I learned just a bit more about how to be a good director and how to get things done. My favorite moment during the project was every time I was able to step into that leadership position and help others get things done. I really enjoy directing and making productions like that happen, so this project was right up my alley.

This project was very challenging in many ways. There were little things like loosing my script, and big things like the voiceovers. I have to say that the most challenging parts of this project were the voiceovers. Matt decided that the actors should do voiceovers so that they didn’t have to memorize some of their lines. That was a great idea but it took a lot of work to do. I figured out the computer program and after a bit of struggle, we got them recorded. Unfortunately the actors did not put emotion into what they said, and Matt said that we needed to re-do them. So, I grabbed the gear again and we set off. Although we found out that we couldn’t use the same room that we originally were so we relocated to the commons. It was very noisy and we had to work around a lot of other people’s schedules. Throughout that struggle we had to adapt and preserver right to the very end.

Throughout this project I learned a lot about who I am as a director and a leader, as well as who I should be striving to be. I learned that I am a very good at picking out the little details. I have a great eye for the small things. I am great at telling people how a line should be read, but also giving them creative license and letting them figure it out for themselves.  However, I learned that the big picture is really important, and that if you get stuck picking out the small details you will miss the whole picture.

Now that we have finished our study of the great author William Shakespeare, it is easy to see why he is such a part of English literature. His writing styles are the basis of almost everything that we write today. We can still learn a lot from him about how to rhyme and make poems interesting and meaningful. I think that we still read Shakespeare because he had a lot of insight into who we are as human beings. He wrote a lot about everyday problems that we face and how we each see things differently. After this project I am seeing Shakespeare everywhere, in the television shows that I watch, in the books I read, and the lives of the people that I surround myself with. 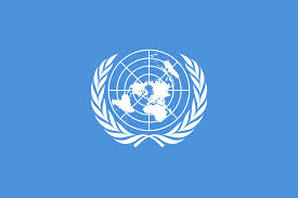 If another student asked me why the Model UN project is important, I would tell them that it is important to know about the world and how it works. It is called being a citizen of the world, and if you aren't involved or at least informed about issues then you might as well just stay home alone.

During the Model UN project, I was most proud of my use of evidence. I was very informed about my countries position and made every decision based off of that. For example, when TJ, as Israel, wanted me to give up the 1967 borders I said no because that is not what China would want to happen. As Jonathan, I would have agreed to negotiate, but China would not let that happen.


The largest challenge that I faced during this project was actually trying to find my countries point of view on the topics. China is a big player in a lot of conflicts around the world and so their opinions are mixed, if not completely unclear.  For example, they just want peace in Israel and Palestine and aren't for one specific side, so I had to balance everything out.


I think that the most interesting speech was from TJ about Israel's point of view on the problem. We were all going for resolution 2a, but he wasn't because Israel does not want a 2 State Solution. It was interesting to hear Israel's solution because everyone else was against him. I enjoyed having a healthy debate with him from out countries perspective!

I chose to make my mask about how I have been both positively and negatively socialized about social class. I believe that I have been socialized to think about America being split into three different categorizes, the upper, middle, and lower class. I was always told that America is equal, and that we should all be treated the same way, but in reality money defines how we look, and the way that the other classes treat us. So, while I have been taught to treat everyone fairly, I have also been taught that America is not equal, and that the amount of money you have should decide how you are thought of. On my mask, you will see a dollar sign, a twenty dollar bill, and a quote from Benjamin Franklin stating, "Having been poor is no shame, but being ashamed of it, is. These symbols are very important to the term “social class.” The dollar sign and the bill represent Americas need and want for money. The dollar sign is on top of the dollar bill to show that money means much more than just a piece of paper. While the dollar bill is the physical representation of money, the dollar sign is what we think of when the term “social class,” comes up. For me, the most important thing that this mask project taught me was that we have to think about the things that we are learning, and make our own judgment calls about what we think is right or wrong. Even though we may have not been in control of our lives when we were little kids, we are now.